Malin Residence, AKA the Chemosphere 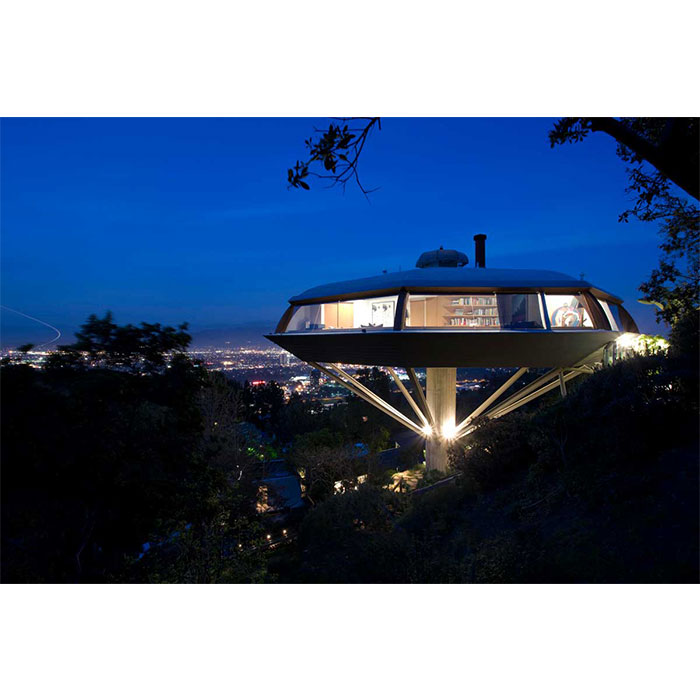 The Malin Residence was initially designed and built in 1960 by famed architect John Lautner. It really looks like a spaceship, with its octagon shape and one-story height. What others can’t see is that the actual house is perched on a 5-ft wide concrete pole 30 feet in height.

The Malin Residence is 2,200 square feet of futuristic living space, and in spite of its whimsical design and unusual location, it has survived earthquakes and blustering rains. The site in which the Malin Residence was built had a 45-degree slope and was deemed impossible to build on.

Mr. Lautner’s solution was an underground pedestal almost 20 feet in diameter that supported the post and seemed to do the trick. The happy surprise was that it appeared to retrofit before retrofitting was even thought of. Perhaps building it right the first time is the secret to retrofitting.

The Malin Residence has an interesting inception and history. A young aerospace engineer named Leonard Malin had a very generous father-in-law who gave him this lot of land. Malin, the engineer, only had $30,000, and building it there would cost more than $140,000 (the equivalent today would be in the millions). So being resourceful, Malin decided to barter with two large companies — the Southern California Gas Company and the Chem Seal Corporation.

Originally Lautner wanted to call the Malin Residence the Chapiteau, but since the Chem Seal Corporation supplied the experimental coating and resins to construct the house, it was decided that it would be called the Chemosphere. The Malin family, with their four children, lived at the residence until the demise of the aerospace industry in 1972, which was when they sold it.

In 1976, the second owner of the Malin Residence was killed in his home. The house was subsequently rented out, and its interior had become in need of repair. By 1997, it was a mess and went through a major but antiquated alteration.

Benedikt Taschen, who owns the German publishing house of the same name, bought the iconic home in 1998. He found the issue with the house was the cost of maintenance. In its recent restoration, the architects were able to use new and improved technology and materials that weren’t available before. The tile provided by the gas company was replaced by random cut slate and the original thick-framed windows were replaced by modern frameless windows. This restoration by Escher GuneWardena Architecture was the recipient of an award from the Los Angeles Conservancy.

In 2004, the Chemosphere, aka Malin Residence, was declared a Los Angeles Historic-Cultural Monument. The Chemosphere also has nice television and movie credits, which includes appearances in “Body Double,” “Charlie’s Angels,” and “Tomorrowland,” just to name a few. We suspect everyone in Hollywood wants to appear in films and television, even iconic houses.

From the Design Studio:

A peek inside the ADG Advantage as the studio expands… 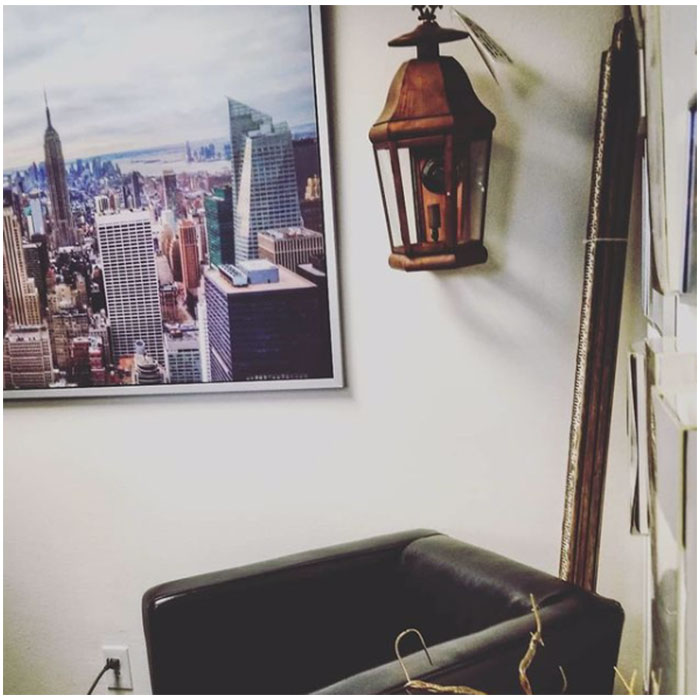