The Mysteries of Hearst Castle 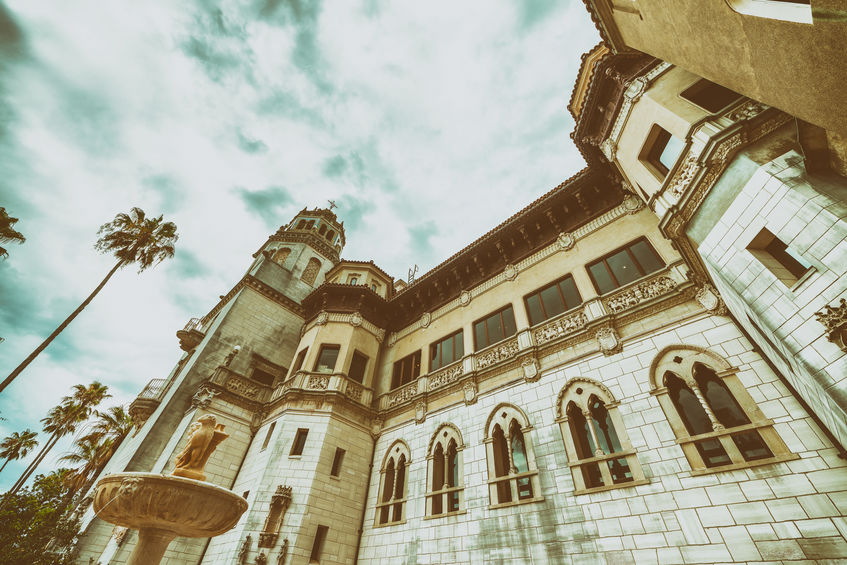 Once upon a time, there was a man named William Randolph Hearst. He was a famous American newspaper publisher and business tycoon. He lived in a castle on a hill overlooking the Pacific Ocean in San Simeon.

The vision of Hearst Castle was the brainchild of William Randolph Hearst himself, but the genius who made it all happen was American architect and engineer, Julia Morgan. Julia was ahead of her time; her prolific career happened in a male-dominated industry during a time in our history where women were thought of as “keepers of the castle.” Well, Julia was building them! Julia designed over 700 buildings, and her most famous accomplishment was Hearst Castle in San Simeon, California.

One more note on this award-winning architect: she pioneered the aesthetic use of reinforced concrete that has proven to hold up to seismic movements that happen during strong earthquakes. She died in 1957 at the age of 85.

William Randolph Hearst lived in the castle from 1919 to 1947, and like any other homeowner with an expendable income, construction on the property continued all the way until right before his death. He was forced to move out in 1947 because of his failing health. He died in 1951.

An interesting unknown detail is that at the time Hearst vacated the estate, it had remained unfinished. This was due to his constant design changes, so Hearst never got to really enjoy and see the entire castle in the state of completion. Although by the time he left the castle, it had contained 165 rooms and the square footage was well over 90,000 square feet. There were also 123 acres of gardens, so he did get to enjoy some of the fruits of his imagination.

As part of the process, Hearst would travel to Europe and see the ceilings from churches and monasteries. When he would see one he liked, he would have it disassembled in Europe and later reassembled in California.

Back in its heyday, Hearst Castle entertained the very elite, from Hollywood royalty to notable politicians. Hearst the man wanted to impress the unattainable, and that he did…and his castle still does today. Currently people come from all over the world to enjoy tours given at the Hearst Castle in San Simeon.

ADG Lighting was a past licensee of the Hearst Castle Collection of Decorative Lighting & Iron. Check out the atelier chrome fixtures and lamps that formerly sat at the Hearst estate.