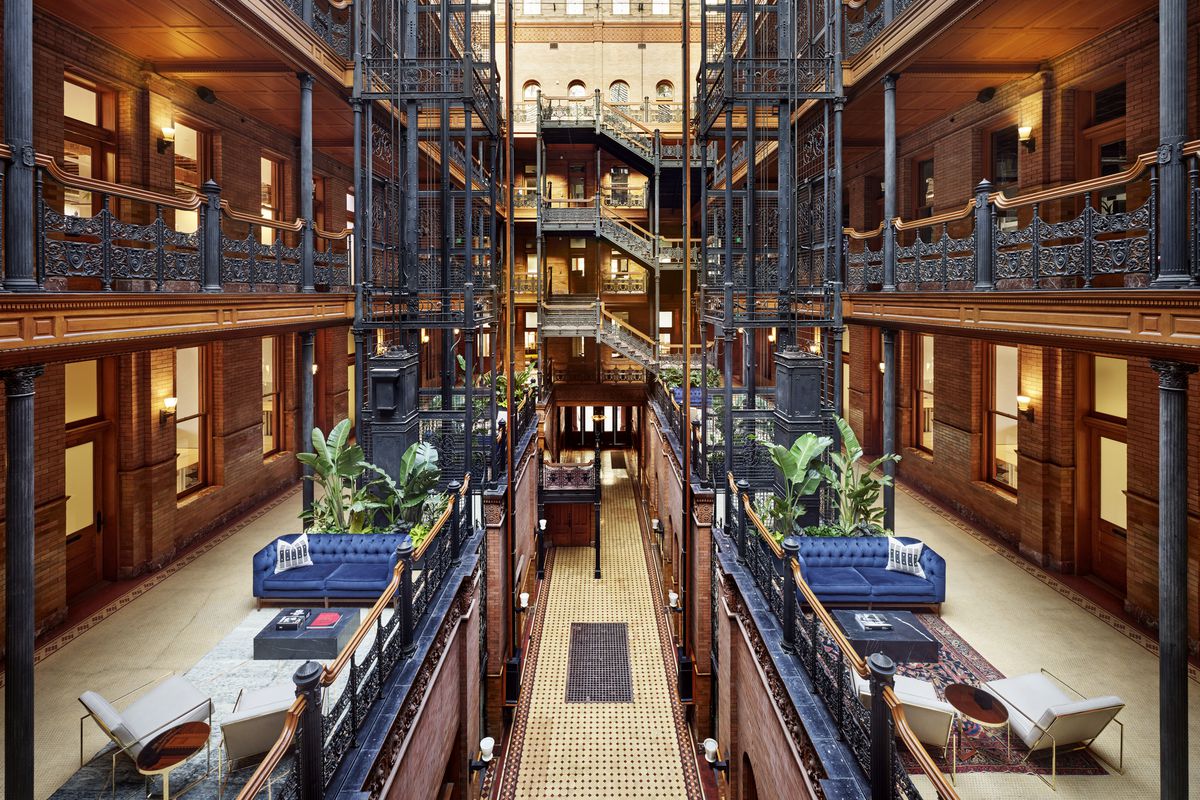 The Bradbury Building is one such Los Angeles landmark, located at 304 S. Broadway, Los Angeles, California 90013. It was built in 1893 and designed by architect Sumner Hunt and built by George Wyman. The Bradbury Building is a five-story office building with an exterior of brown brick, sandstone, and terracotta detail, which could be a building’s equivalent of sunglasses worn by human movie stars not to be recognized.

The Bradbury Building’s architectural style is a blend of Italian Renaissance Revival and Romanesque Revival, typical for commercial office buildings. The ‘it’ factor was the building’s interior. The interior is described as “a magical light-filled Victorian court that rises almost fifty feet with open cage elevators, marble stairs, and ornate iron railings” by the Los Angeles Conservancy.

The Bradbury Building is the most prominent architectural movie star of Los Angeles, mainly because of its chameleon-like quality. The building can be modern or period; it fills all sorts of categories, especially with all the ironwork and open balconies.

The Bradbury Building is named after Lewis Bradbury, a millionaire who earned his wealth from gold mining. The story is that Mr. Bradbury wanted to build a building that would bear his name. He hired prominent architect Sumner Hunt but disliked all his designs. By chance, Mr. B noticed a young draftsman who worked for the architect George Wyman and had given him the job of designing a large half-million-dollar commercial office building. He was completely unqualified, but he did the job, and the beautiful building is still working in movies and is a significant tourist attraction.

The Bradbury Building, also designated as a landmark by the Los Angeles Cultural Heritage Commission, is the oldest commercial downtown and a treasured Los Angeles landmark.

Get the year started off strong! Bring your design visions to life with the ADG Advantage. Contact our artisans today! 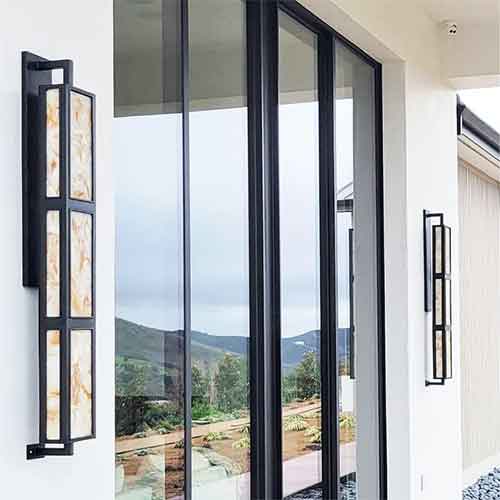