Austin Architecture at Its Best: The Driskill Hotel 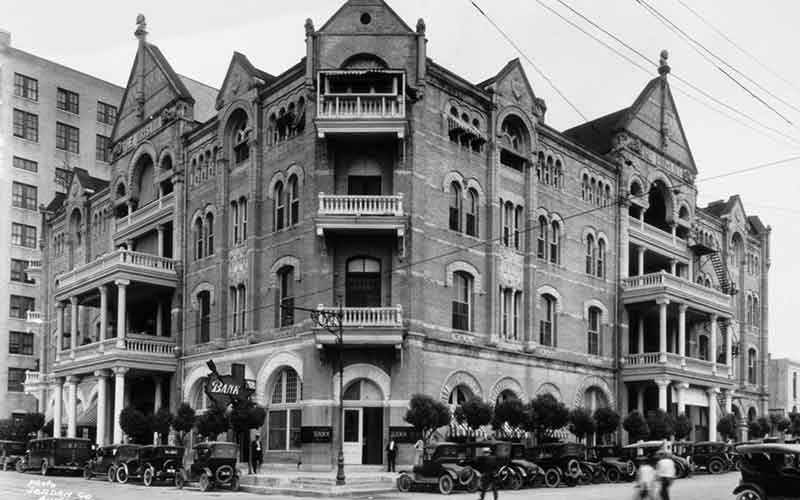 The Driskill Hotel has quite the reputation, both for its appearance and what occurs inside the property. This great piece of Austin architecture was built in the 1880s. It was where a young Lyndon Baines Johnson met his future wife, Lady Bird, for their first date. Did we mention it was in the Driskill Hotel dining room—and for breakfast! How scandalous!

Their first date was in 1934, so this fine piece of Austin architecture has some staying power. The Driskill is still one of the most popular hotels in Texas. Despite its advancing age, there have been some architectural facelifts along the way.

In 1884 Jesse Lincoln Driskill spent a pretty penny on the land where the Driskill Hotel would reside. In 1886, the Driskill Hotel was, at the time, the largest hotel in all of Texas. This property had 60 rooms plus 12 corner rooms with attached baths at its opening in 1886.

Architect Jasper N. Preston designed the original building of the Driskill Hotel. The architectural style of the Driskill is Romanesque Revival and is located at 604 Brazos Street, Austin, in Travis County, Texas.

Along the way, the Hyatt bought the Driskill, spent all sorts of money to make it all beautiful, and then, in 2013, the Chicago-based Hyatt sold the Driskill to Dallas-based Woodbine Development for $125 million. Rest assured that Hyatt will continue to manage the Driskill Hotel.

We forgot to mention that the Driskill Hotel is haunted. The story is that Jesse Driskill himself haunts the hotel because he spent his money on wine, women, and song and had to forfeit ownership of the hotel, so he comes back and haunts this historic piece of Austin architecture.

If you’re in the Austin area, contact our artisans today and learn about our custom lighting design services!

Garage relight spec house coming soon. It is an amazing setting in Agoura Hills by a wonderful builder… 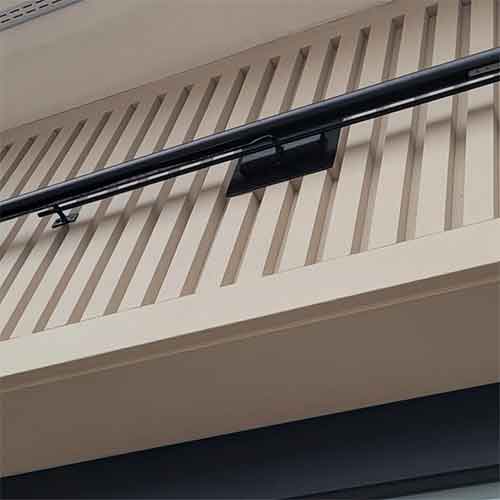