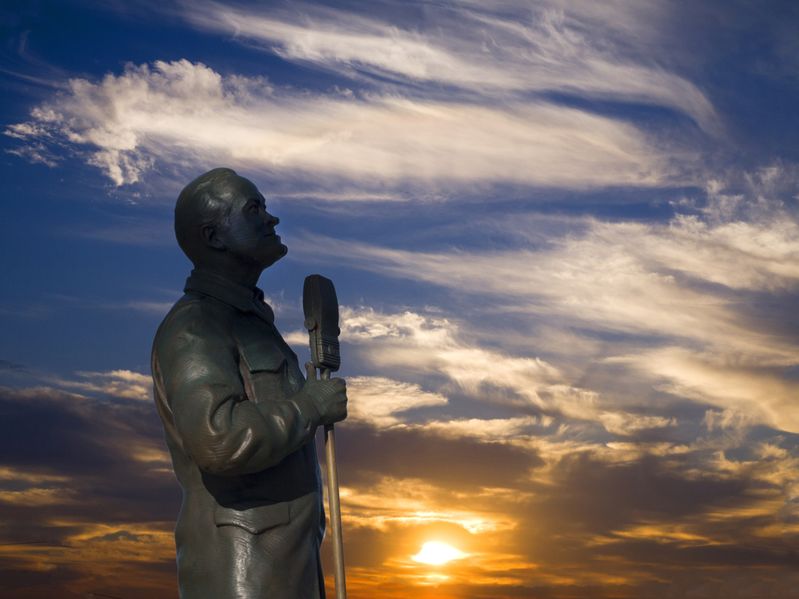 Bob Hope was born at 44 Craigton Road in Eltham, London, in the United Kingdom, on May 29th, 1903. Today there is a decorative nameplate commemorating the comedian’s place of birth. This is the actual location where he came out of his mother’s womb.

Hope went on to become one of America’s comedic treasures who traveled the world entertaining troops who were fighting for our country. He had the unique talent of making his audience forget the realities of war and combat and laugh at one-liners and clever ad-libs that he would deliver with perfect timing. He would entertain in field hospitals, anywhere that they would set up camp, and on any makeshift stage. Hope died on July 27th, 2003. He left quite a legacy; today, the USO still entertains the troops.

Thank you, Mr. Hope, for your service that lives on.

The Story Behind the Bob Hope House

The Bob Hope House in Palm Springs has a very interesting story. A work of genius, the home was originally built for Bob Hope and his wife Delores and was completed in 1979. Hope loved the exterior’s rocket ship design and even made a reference to martians knowing where to go when they arrive.

Famed Los Angeles architect John Lautner created the design. His entire vision included an interior that brought the exterior indoors and made it part of the decor. It had huge picturesque windows overlooking the entire Coachella Valley. Lautner had designed other estates in this vein and discovered the beauty within natural landmarks such as hillsides, within and around canyons when they were part of the home’s decor.

Unfortunately for Lautner, the Hopes had other ideas for the interior of their new home. They loved the old glamour of entertaining, and so their home in Palm Springs was decorated in that fashion. Lautner quit the project, and his dream for Bob Hope House was not to be realized in his lifetime.

Fast forward to 1994 after Lautner’s death, his assistant Helena Arahuete went out on her own. Having been mentored by Lautner, she was very familiar with his vision and style and she worked with Lautner on the original completion of Bob Hope House. In 1979, when she had supervised the original completion, she was pregnant with her daughter Adriana, who 40 years later would work alongside her mother to renovate the Bob Hope House to its original vision set forth by John Lautner.

A giant sculpture in progress with the ADG Advantage… 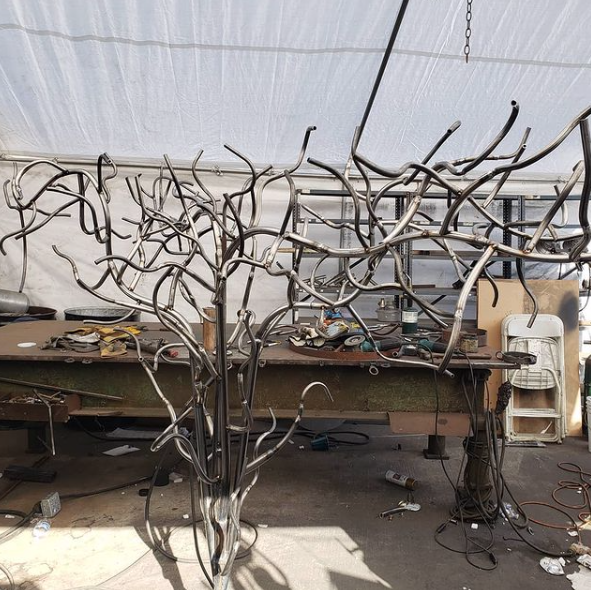