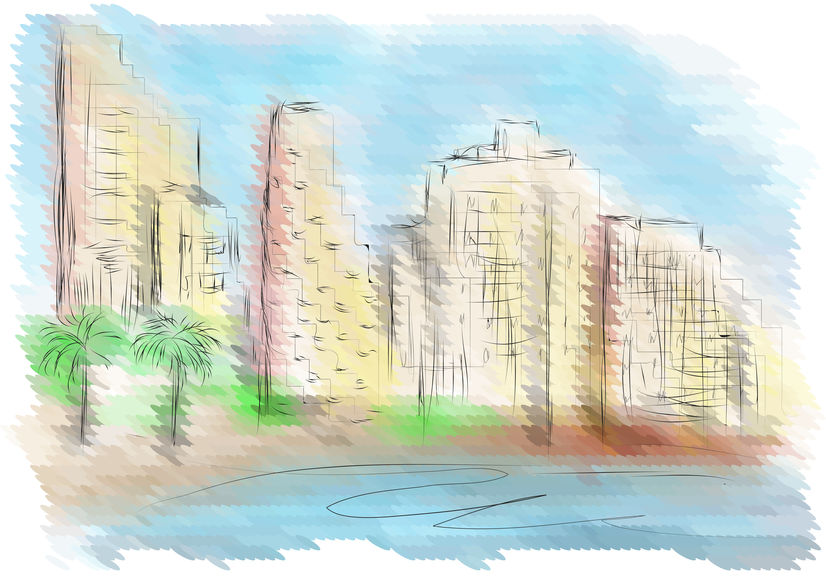 Arieh Sharon was born on May 28, 1900, in Poland. He died at the age of 84 on July 24, 1984, in Paris, France. He studied at the German Technical University in Brno. Then he departed to Palestine with a small group belonging to the Hashomer Hatzair movement, which was a young socialist group. Then in 1921, he went on to Gan Shmuel, which evolved into what we now know as a kibbutz, where he worked as a beekeeper. Sharon left for Germany; this was where he was going to extend his knowledge in building and architecture.

Sharon’s biggest influence was his time spent in Berlin at the Bauhaus in Dessau. Their philosophy was to “reimagine the material world to reflect the unity of all the arts.”

His awards include the Israel Prize in Architecture (1962), the Golden Medal of the Mexican Institute of Architects (1963), and The Rokach Prize for Architecture. His positions of honor include Member of the Town Planning Committee Tel Aviv, and was an Honorary Member of the Association of German Architects, just to name a few.

When Israel became an independent country in 1948, Arieh Sharon was chosen to be the director and chief architect of the National Planning Authority. His main objective was to see that the new immigrants were dispersed in new areas instead of settling into already crowded coastal plains. Thus Sharon single-handedly profoundly influenced the physical landscape of today’s Israel, which also included agriculture. He introduced the concepts of functional buildings with a simplicity of design through kibbutzim.

In 1954, Sharon returned to private practice, where he teamed up with Benjamin Idelson until 1964. From 1965 till his death in 1984, he worked with his son Eldar Sharon. A few of their collaborations include the Jewish Agency Headquarters, Tel Aviv (which won 1st prize in competition), Sick Fund Headquarters 1965, and the Ife University campus in Nigeria.

Other buildings that bear his signature are: Forum of the Technion Haifa Library and Churchill Auditorium (which earned 1st prize in architectural competition), Wingate Institute for Physical Culture, and the Workers Bank Headquarters in Tel Aviv. These are just a few examples of how he greatly influenced Israel’s physicality.

It is for that reason Arieh Sharon is Israel’s architect. His buildings all had other functions, whether they were hospitals, places of education, or ministries of defense. They had a reason for being part of the landscape. His impact lives on…

Budget was the leader, design was significant and time was of the essence. Sketch for collaboration with EBTA Architects for Crystal Cove, California home… 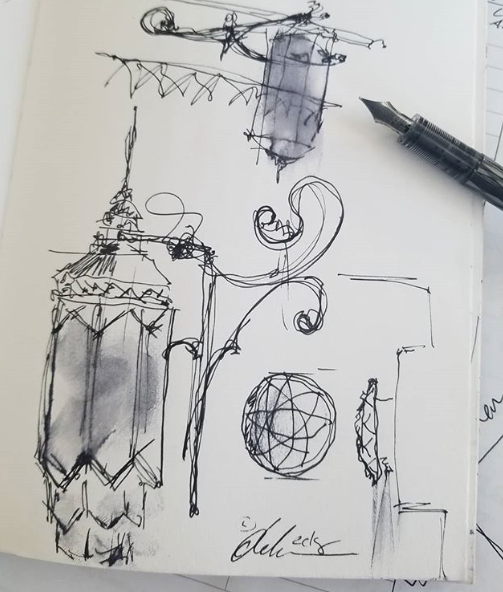