Gropius Created a Global Vision with the Bauhaus School 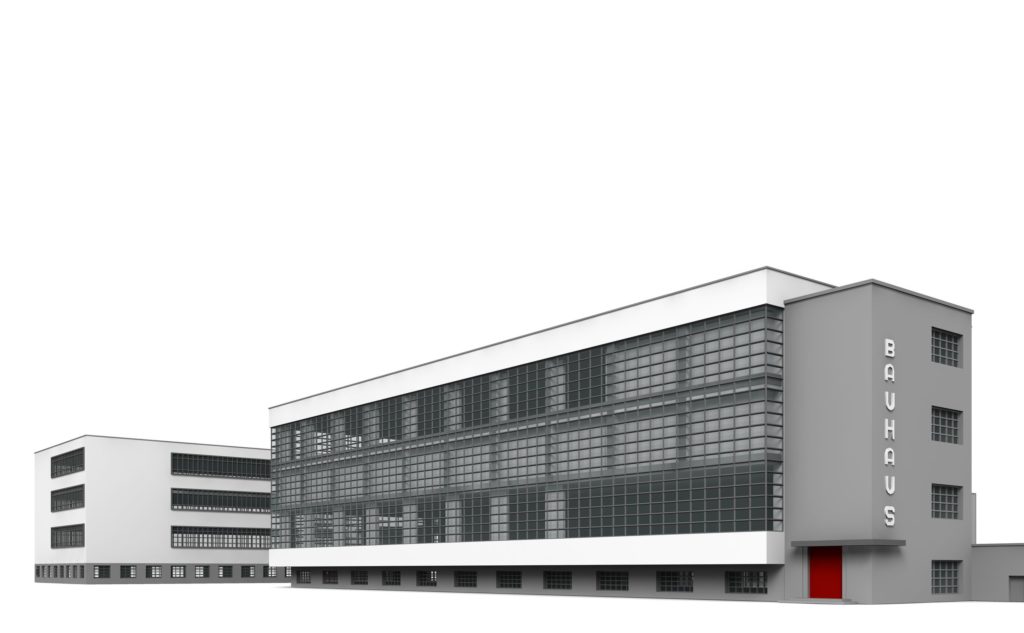 The Bauhaus school was originally established in 1919 in Weimar in Thuringia, Germany. The school was the brainchild of architect Walter Gropius. Although the school only lasted 14 years, it literally changed the art world by establishing the principles of modern design.

Very much like a human child, the Bauhaus school upheld and carried the values of its father, which in this case is Walter Gropius’ distinct vision of modern life.

Gropius apprenticed for Peter Behrens, who was thought of as the founding father of industrial design and corporate identity. Behrens fancied himself as not just designing buildings, but also the rooms and what was to go into those rooms. Gropius seemed to have a knack for combining materials such as poured concrete and frosted glass along with tiles and desert cacti, and creating a visual brand. This eventually was the element that created the path for what we know as modern architecture design.

Inside the Bauhaus was their manifesto, which read, “The ultimate aim of all creative activity is the building!” The Bauhaus was “the servant of the workshop.” The school had masters, journeymen and apprentices, not teachers or pupils.

Not wanting for the Bauhaus to become a conventional academy, Gropius wrote that his method was to “ leave everything in flux.”

Everything produced in the school was a collaboration; one workshop would contribute and collaborate with the other. For example, to make a chair the school’s textile workshop would make the woven seats. The Model B3 Chair was created with the inspiration from one of the youngest students, Marcel Breuer. He got the inspiration from handlebars of a milkman’s bicycle; from a certain angle the chair looked like it was suspended or levitated into space. But to get these creative collaborative pieces of furniture art to market failed.

Once the Bauhaus school ceased, it became a global style all its own. In 1936, Harvard Graduate School of Design hired Gropius. Both Gropius and his wife settled in Massachusetts where they built their home in Lincoln. Not only was the house made out of redwood boards, but the roof is flat and based on Bauhaus principles.

Today, when you tour the iconic house, you will see design elements that were way ahead of its time. Among these elements that took years to catch on were cork floors, acoustic plaster, a dishwasher, and garbage disposal. Upon his death in 1969, part of his legacy that he leaves behind are his progressive ideas and vision for our present.

Presently, Germany will be celebrating 100 years of the Bauhaus, now back and rebuilt on its original location and part of Bauhaus University complete with a reconstructed Walter Gropius Room. More can be read on this iconic trailblazer in a new biography, by Fiona MacCarthy, “Gropius: The Man Who Built the Bauhaus.”