Glenbrook Valley Is the Mid-Century Modern Jewel of Houston 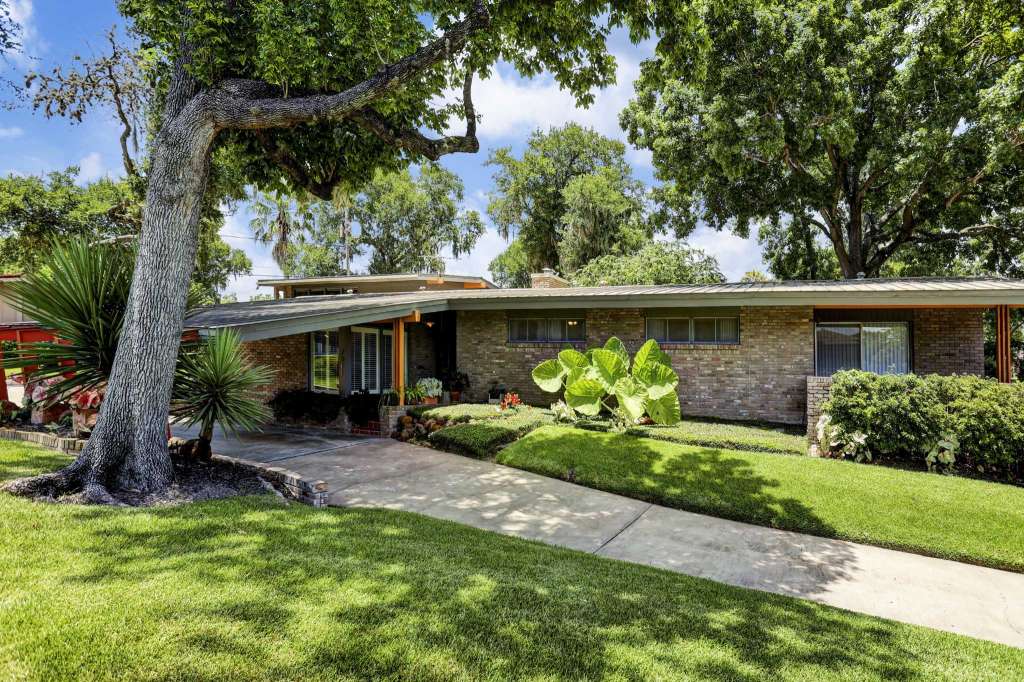 When you think of cities with iconic mid-century modern architecture, Houston is not on that list. Maybe out of ignorance, neglect or a lack of publicity, the Houston neighborhood of Glenbrook Valley has managed to fly well below the radar since its heyday. The community was designed by the architectural firm of Hare & Hare and was developed by Fred McManus. The community is known as a jewel in the rough, surrounded by the urban blight of the nation’s fourth largest city. It has been so well preserved that visitors might expect to see Don Draper of Mad Men fame working on a front lawn.

The development of 1200 homes created quite the buzz during development. The first section of homes was opened in 1954, and six of those original homes were featured in the 1954 Parade of Homes. One of those six homes was cited by Better Homes and Gardens as “The Model Home for All of America.” The Houston press later wrote that Glenbrook Valley was a showpiece and a modern vision of the Jetsons that has come of age.

Because of the westward growth of Houston, the neighborhood started to decline due to general lack of interest. In the 1980’s, an oil bust threw Houston into economic decline and the neighborhood suffered. The older residents began leaving the community for economic reasons and the homes began to suffer from neglect. Luckily for Glenbrook Village, strong deed restrictions were in place from the original development, which prevented the razing of the original homes and building of ‘McMansions.’ This kept intact the ‘Mad Men’ feel of this iconic mid-century modern neighborhood.

In the early 2000’s, Glenbrook Valley got a breath of new life. A renewed interest in the homes was spurred by rising real estate prices in the more affluent areas and the keen interests of the young hip Houstonians who were seeking affordable and chic housing. In 2010, the Houston press nominated Glenbrook Valley as one of Houston’s most underrated neighborhoods.

“The neighborhood’s webpage embraces the`60s feeling, and residents there have been resolute in preserving the history of the place.”

In June 2011, Glenbrook Valley was designated as an Historic District by the City of Houston and was the first designated historic neighborhood in the State of Texas for post-World War II structures.