Greystone Mansion is the Finest in Beverly Hills Architecture 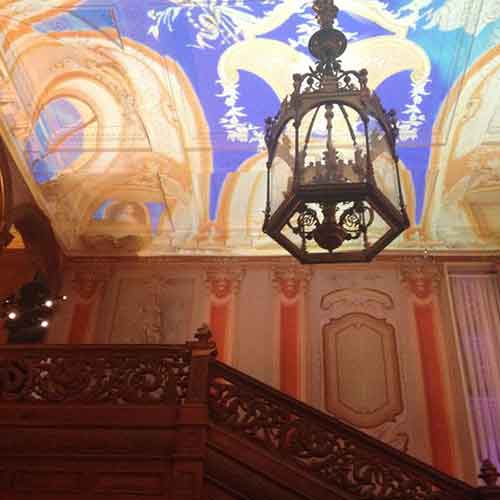 The Greystone Mansion is one of the most famous samples of Beverly Hills architecture for many reasons, mainly for its scandalous history. Let’s review some facts about the building itself.

The building was completed in 1928, and the architect who designed the main structure along with some secondary surrounding structures was Gordon Kaufmann. Staying true to the Beverly Hills architecture profile, the Greystone Mansion was the most expensive building ever built for that time; the original cost for the entire estate was over $4 million back in 1928!

The architectural style of the Greystone Mansion is Tudor Revival. With a spacious 46,000 square feet and 55 rooms, the mansion sprawls on sixteen acres of beautiful prime land on 905 Loma Vista Drive in Beverly Hills, California.

The Greystone Mansion was a gift from oil tycoon Edward Doheny Sr. to his son Edward Doheny Jr., often referred to as Ned. The following year, on February 16, 1929, Ned, his wife Lucy, and their five children moved into the estate.

Adding to the mystique of this Beverly Hills architecture, Ned was found dead along with his secretary Hugh Plunkett in a murder-suicide. The story that hit the papers was that Hugh Plunkett murdered Ned either because of ill feelings over a raise he didn’t receive or because of a nervous condition. Behind the scenes, Ned wasn’t buried in the Los Angeles Calvary Cemetery. The entire family had plots in this Catholic establishment, but Ned was left out, indicating that Ned was the shooter, so he committed the crime, which included suicide.

Lucy, Ned’s widow, lived at the estate with her second husband until 1955. She sold the property to Paul Trousdale but sold the Greystone mansion to Chicago industrialist Henry Crown, who rented out this beautiful piece of Beverly Hills architecture to film studios.

In 1963, Crown planned to demolish the mansion; that’s when the City of Beverly Hills stepped in, and in 1965, bought the manor. In 1971, the estate became a park, and in 1976, the manor was added to the list of the National Register of Historic Places. Then the city leased the Greystone Mansion to the American Film Institute for $1 a year.

Currently, the City of Beverly Hills monitors and maintains the website associated with the Greystone Mansion. Many films use this mansion as their backdrop and is also used for events. This helps keep this beautiful piece of Beverly Hills architecture in her movie star status.

We were part of the 2013 Designer Showcase at the Greystone Mansion with interior design company L’Esperance Design, celebrating business titan William Randolph Hearst. The Greystone grand foyer was one of the spaces selected to honor the design taste of the media mogul. Here are some images of the atelier chrome fixtures and lamps that formerly sat at the Hearst estate for the showcase.

A very cool light for a very cool home…modern, clean, and simple… 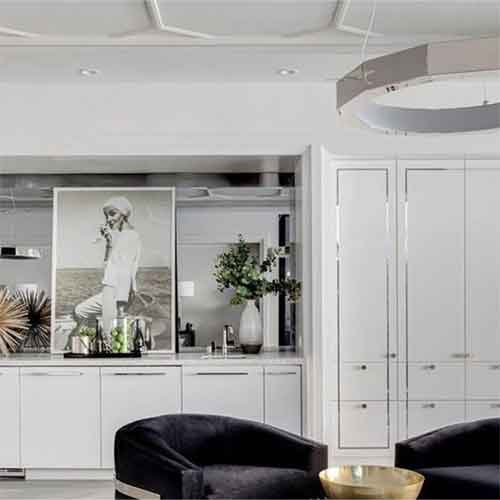