The Glass House is a Spectacular Architectural Landmark 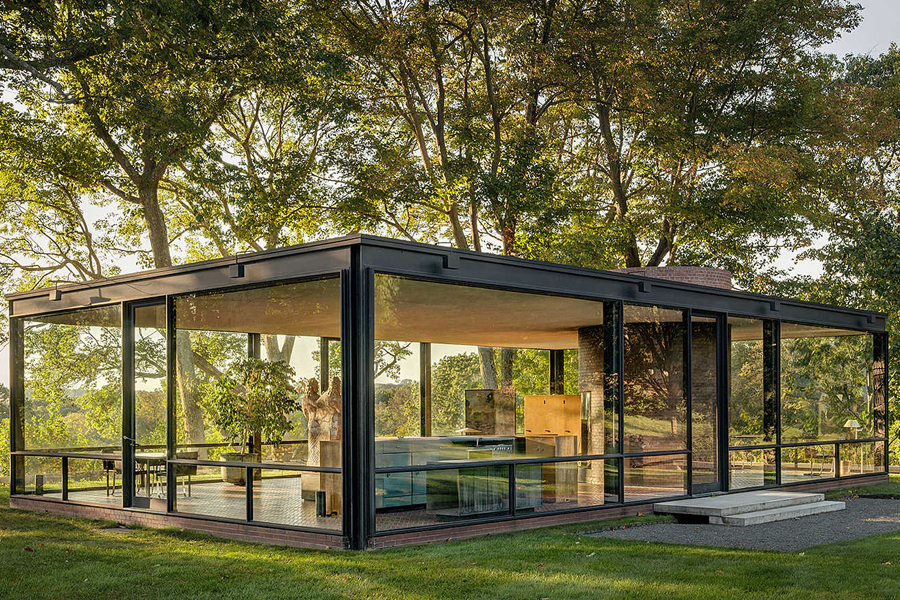 One wonders how the architect’s minds worked when they decided to design some of our most prized architectural landmarks. One thing we can all agree on is that these architects of yesteryear were all forward thinkers. These architects weren’t satisfied with the status quo; they wanted to mix it up and see if it would take. The architectural landmark we will be focusing on is the Glass House in New Cannan, Connecticut. Philip Johnson was an architect. He was a curator at the Museum of Modern Art in New York. He helped get the word out about modernism and postmodernism in America.

Although his creative genius brought forth a style that focused on function and streamlined a more minimalist approach rather than heavy ornamentation, was a house made out of glass walls as a living quarters functional?

He used inspiration from the exterior. Hence the windows would bring the trees and foliage into the interior’s atmosphere. The open floor plan of the Glass House is still used today. We could take apart this architectural landmark, which is entirely functional and modernist at its best.

Johnson’s life was as accomplished as it was colorful. He achieved many milestones and left us with so many architectural landmarks and achievements. He was ahead of his time and just as controversial as some current leaders.

Inspired by Johnson’s creative genius? Let our talented artisans create for you!

Email us at info@adgmail.com for more information about our custom lighting design and manufacturing services.

Here with Forest Studio, thanks Bob for having us make these cool “barn lights.” Each unique structure has its own stylized bracket – same forged brass hood.

I always like penning and sketching with Bob. Also thanks to Kelly Nutt Design to collaborating with me. 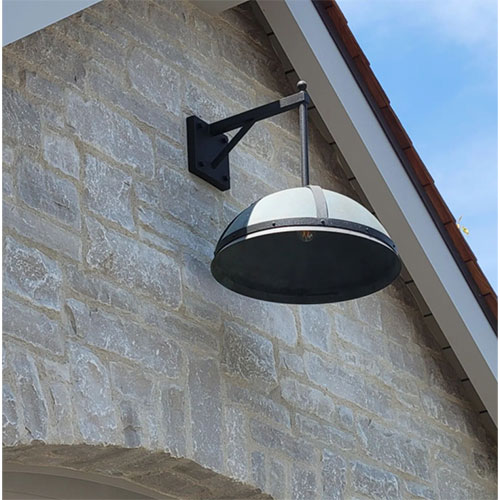