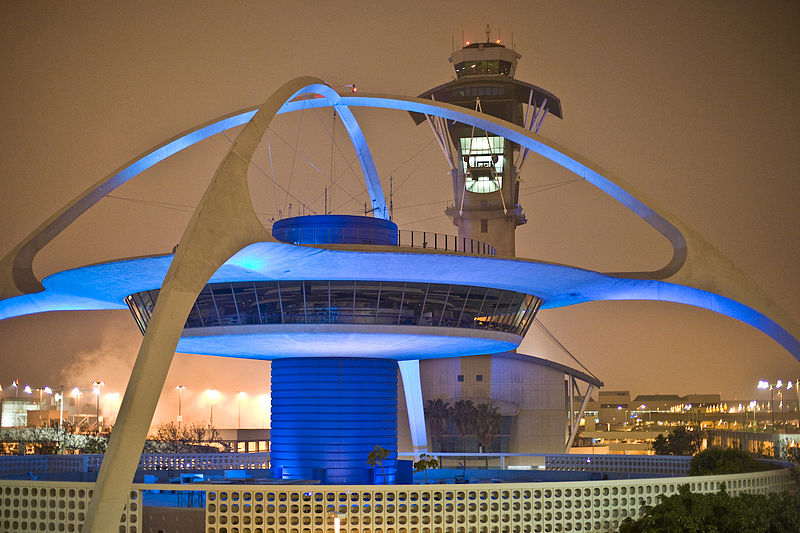 Googie architecture was prevalent in car washes, coffee shops, and airports, making the possibilities of the future available to the “every person.”

There are some iconic buildings still around that are Googie architecture. Here are a few:

The Theme Building: Synonymous with Los Angeles International Airport, it is located at 209 World Way in Westchester, Los Angeles, and built in 1957-1961. Initially labeled mid-century modern, this futuristic building was dedicated by Vice President Lyndon B. Johnson.

On December 18, 1993, this structure was designated a Los Angeles Historic-Cultural Monument. In 1997, the Theme Building went through a 4 million dollar renovation of its interior and lighting that Walt Disney Imagineering designed.

On September 9, 2003, the Theme Building built a permanent memorial to honor those who lost their lives because of 9/11. In 2018, the Bob Hope USO at LAX found its permanent home on the ground floor of the Theme Building, described as the most technologically advanced USO in the world.

McDonald’s in Downey: This iconic building is located at 10207 Lakewood Boulevard at Florence Ave. in Downey, California. This McDonald’s is the oldest in the chain; it opened on August 18, 1953. The exterior has remained unaltered since its opening. In 1994 it was listed on the National Trust for Historic Preservation.

Norms La Cienega: This coffee shop is located at 470 La Cienega Blvd. and was built in 1957. Norms seem to be an inspiration for many entertainment artists. “Mad Men” creator Matthew Weiner would jot down notes for what was to be his big television at the Norms on La Cienega. He spoke about this at an event in 2015 when Norms became a designated Historic-Cultural Monument. Under new ownership, this Norms had already been served with a demolition permit. The designation will prevent that from ever happening. Whew!

Just another Saturday in the Studio, prepping this new forged iron & chestnut sideboard… 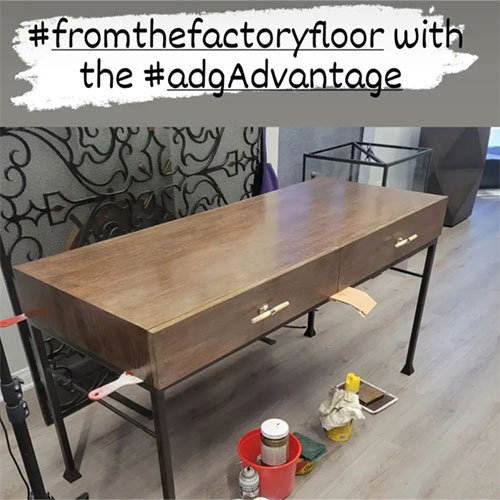