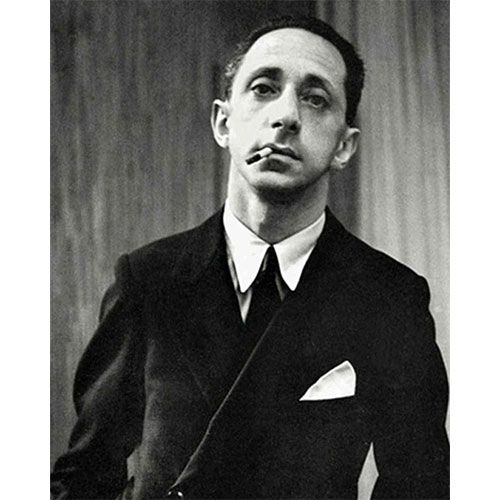 Jean-Michel Frank was a very significant interior designer of his time. He was born in Paris, France, in 1895 to a very prominent and wealthy family. His father was a banker by the name of Leon Frank, and his first cousin was a gentleman named Otto Frank, who happened to be Anne Frank’s father.

His family’s wealth, which he inherited, along with his elite education (he attended Lycée Janson de Sailly in Paris, as well as law school) allowed him to travel and surround himself with the likes of Stravinsky and Diaghilev.

Although Frank didn’t officially get any education or training as an interior designer, it seemed that his talent was innate. His style was a juxtaposition of sorts because he would combine minimalist interiors with luxury furnishings made of materials such as shagreen, mica, and intricate straw marquetry.

His style also included exotic patterns, veneers, snakeskin, and sharkskin. As an interior designer, his work reached its heyday in the 1930s. He loved to design uncluttered spaces with neutral colors and wild exotic patterns. It has been said that his interpretation of simplicity also included his personal wardrobe. It was reported that Frank personally had forty flannel shirts that were all exactly the same.

During his entire career as an interior designer, Frank collaborated with the likes of Salvador Dali, Emilio Terry, Diego Giacometti, and Christian Berard. He also taught design at Paris Ateliers at the then New York School of Fine and Applied Art, now known as Parsons Paris School of Art and Design. Here is where he created the now-famous Parsons Table. He is also responsible for the Elephant Chair.

Unfortunately, Frank’s suicide at the age of 46 robbed the world of so much that could have been. When anyone decides to take their own life, the void they leave behind is irreplaceable, a message Jean-Michel Frank will never receive.

Today, Jean-Michel Frank is considered one of the most influential designers of all time. He has also been referred to as one of the greatest sources of inspiration to many current-day designs. Our very own Gerald Olesker has been inspired by the likes of Frank in bringing his architectural training and perspective to the ADG line of pendants, sconces, and chandeliers. From conception and sketch to design and manufacture, he knows no bounds when it comes to combining textures, lines and colors to bring to life the many lighting fixtures he has created over the last 20 years.

Sketch for a Westlake home 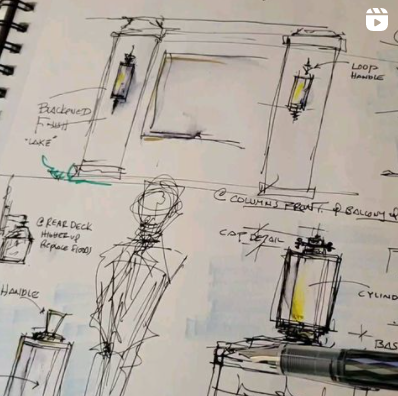