Before there was Martha Stewart, there was Dorothy Draper. Dorothy Draper was truly a self-made icon. Even though Draper was born into wealth, at a time in history where women did not even attempt to go into business, Draper had a destiny to leave a lasting legacy.

Dorothy Draper was born on November 22, 1889, in Tuxedo Park, New York, which just happened to be the first gated community in the United States. Her education was mostly through tutors and her governess at home, but she did attend the Brearley School in New York City for two years.

Dorothy’s privileged background entitled her to many opportunities that influenced her sense of style that she would later use professionally. Another perk was that she had a vast network of friends who, in today’s social media-driven world, would be referred to as “influencers.” You’d think that with all of this, Dorothy didn’t have to work very hard. Well, you’re wrong.

In 1925, she opened an interior design firm from her house and called it Architectural Clearing House. Dorothy Draper was the first female interior designer who worked primarily with real estate developers and architects.

When her marriage was breaking up, Dorothy got a big opportunity when she was commissioned to redecorate the Carlyle Hotel on Madison Ave, which began her illustrious career. In 1930 she divorced her husband and incorporated her business, calling it Dorothy Draper Inc., and liked to be referred to as “DD.”  It’s reported that in the mid-1930s, “DD” signed a contract for approximately $400,000. This contract was to renovate the Hampshire House, a hotel that was located on Central Park South. Dorothy’s renovation branded the hotel and gave it a very successful identity. Her design scheme was on everything from the uniforms the staff wore to the carpets and bedspreads.

Her style is known as Modern Baroque, which used bold, stark black and contrasting whites. When color was needed, bright, bold colors were used. Her style is often paired with elements of the Hollywood Regency style for the full effect of old-style glam and opulence.

Her legacy, as well as her style, remains on her website, DorothyDraper.com.

If you’re interested in elevating the creativity in your home or space, enlist our custom lighting design services! Email us at info@adgmail.com or call 818.597.9494.

Thanks to Jake Arnold for making us a part of your projects! 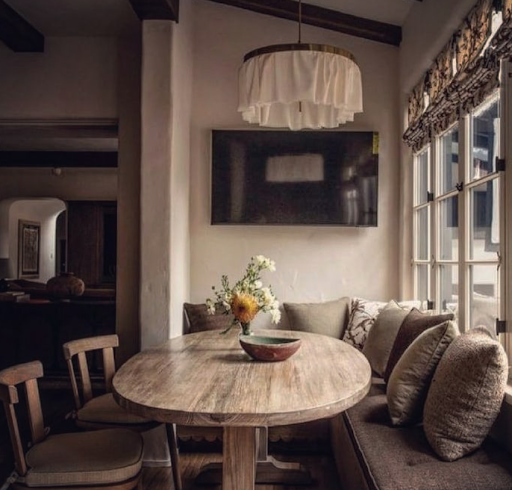