The Life of Oscar Niemeyer 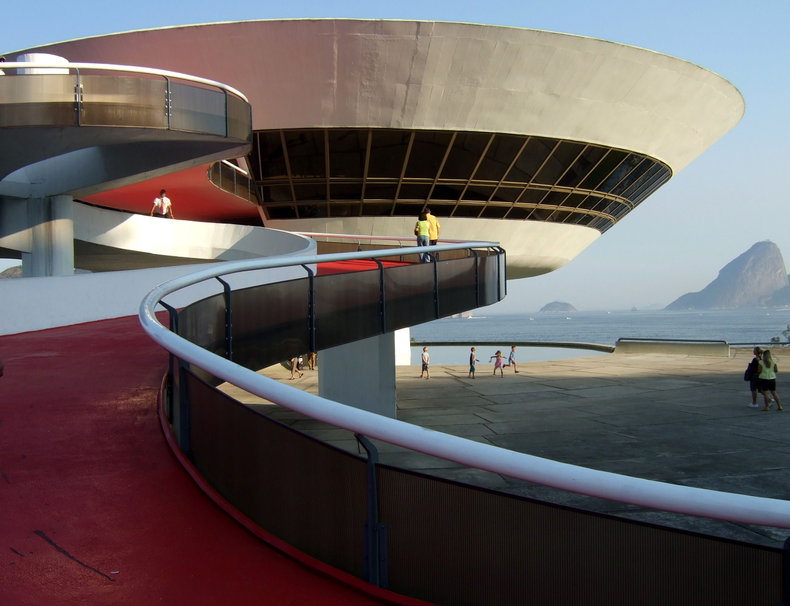 Oscar Niemeyer’s designs in Brasilia are an iconic status of modern architecture. What is quite interesting is that Niemeyer has designed many religious structures, yet he was an atheist. His feelings were based on all the injustices in the world; if there were a God, things wouldn’t be the way they are.

Being an architect was just one of many things that made up all that Oscar Niemeyer was. He was also a socialist, and from 1992 through 1996, he was the President of the Brazilian Communist Party. One of Niemeyer’s closest friends was Cuba’s revolutionary leader, Fidel Castro. In 2007, on Niemeyer’s 100th birthday, Vladimir Putin, the president of Russia, awarded Niemeyer the “Order of Friendship” award.

Because of his socialistic political view, Niemeyer encountered many obstacles in his life and career but ultimately reached success status globally. Niemeyer was awarded the Pritzker Architecture Award in 1988, the highest honor in architecture.

The interesting thing about Niemeyer as a creative in his field is that his inspiration to produce such spectacular buildings didn’t seem to come from anything esoteric; or maybe it was his delivery of the way he explained his process.

Most other architects use esoteric descriptions to explain where they got their inspiration for said building. Niemeyer was straightforward; he said he wasn’t attracted to straight angles or straight lines, he deemed them inflexible. Then he gave specific examples of curves he was attracted to, such as mountains, ocean waves, and the body of his beloved woman.

Although one would argue that those straightforward examples are poetic in nature, he gave the source that anyone could understand. How the inspiration is lifted and translated shall remain elusive even to Niemeyer since he described it as an attraction.

Even though Niemeyer was an atheist, he designed many religious buildings. He wasn’t a romantic type of person, yet he stayed married to his first wife from 1928 until her death in 2004. Then in 2006, when he was about to turn 99 years old, he married his longtime secretary.

Call Oscar Niemeyer whatever you like, but one thing for sure is he was definitely an enigma.

Everybody deserves something beautiful! Learn more about ADG Lighting’s custom lighting design services! Email us at info@adgmail.com or call us at 818.597.9494.

Always fun looking from the inside out. We created the glass wall privacy conference room and the chandelier for this investment firm. Looks great 4 years later… 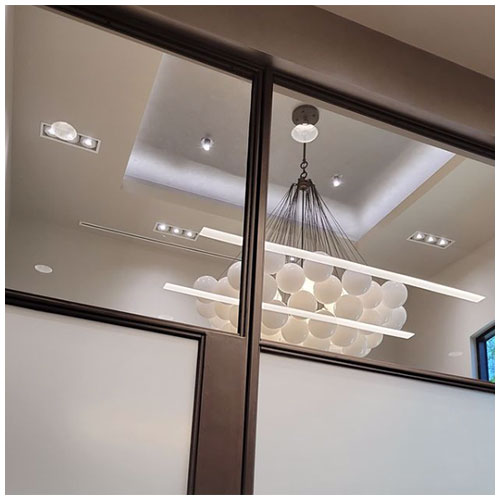 Eavesdrop on a conversation with Duo and Gerald