The Bartow-Pell Mansion has quite a history behind it, dating back to 1654 when Thomas Pell bestowed his signature on a treaty with the Siwanoy Indians for some 9000 acres of land. By the way, this land is now known as the Bronx and Lower Westchester.

In 1666, a land grant was established, and Thomas Pell was named First Lord of the Manor. Quite an impressive title, but by 1790 the property was sold to John Bartow. For those of you who don’t know, John was the husband of Ann Pell, daughter of the Fourth Lord of the Manor. That original Pell mansion was destroyed during the Revolutionary War.

As we jump to 1836, Robert Bartow, grandson of John Bartow, takes over the mansion in ownership, and the working farm will now become an estate. The current mansion and carriage house were built in 1842.

From 1842 through 1888, the Bartow family lived on the estate until they decided to sell both the estate and acreage to the City of New York. Then between the time the estate was sold, 1888 through 1913, the Bartow-Pell Mansion was used by private charitable organizations, then left abandoned for just a bit.

Luckily what was to become the mansion was not demolished, as most estates in the Pelham Bay community had been demolished by the mid-century mark.

By 1938 what was to become the Bartow-Pell Mansion was included in the national list of buildings worthy of preservation.

In 1946, the mansion’s interior was redone, and the mansion was reopened to the public as the Barstow Mansion Museum and Gardens. In 1959, Pell’s name was added to the estate since the Pell family was an important part of the estate’s history, making it the Bartow-Pell Mansion and Gardens.

In 1977 it was designated a National Historic Landmark, then in 1978, they included the Carriage House and enclosed garden as well as a small memorial plot in the landmark site.

Although there isn’t any actual scientific proof or crime reported, it has been said that if you walk the grounds beginning at dust and through the dark of night, the ghost of the murdered traveler will wander the grounds of the Bartow-Pell Mansion. Remember, the grounds once belonged to Native Americans, and Native American remains and artifacts were established on these grounds.

Perhaps an urban legend, don’t be traveling along the road to the Bartow-Pell Mansion at dust by yourself…just to be safe.

Working on a new piece… 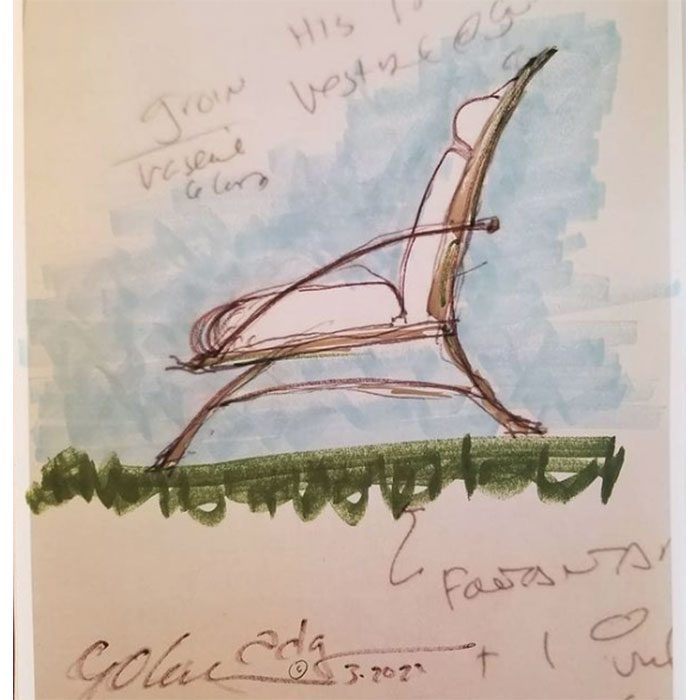