The Story Behind the Design of the Sydney Harbor Bridge 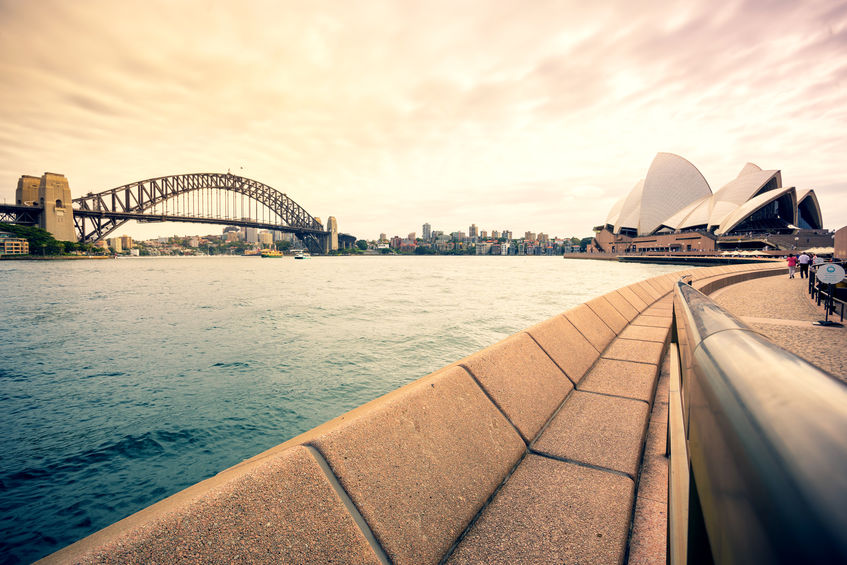 The Sydney Harbor Bridge is located in Sydney, Australia. On March 19, 2007, the bridge was added to the Australian National Heritage List, giving the bridge historical significance. The SHB opened and was ready for business on March 19, 1932. It is considered to be the world’s tallest steel arched bridge, erected at 440 feet tall and is one of Australia’s quintessential landmarks.

The bridge was originally designed by Scottish-born architect Thomas S. Tait, who designed buildings around the world and was a big proponent of Art Deco and Streamline Moderne styles. He designed it along with Dorman Long & Company. Other architects who were in the running for designing this iconic bridge include:

Norman Selfe: Australian-born engineer, naval architect, and urban planner. Selfe had entered a cantilever bridge design, but due to a downfall in the economy, it didn’t make the cut.

Francis Ernest Stowe: English-born architect, engineer, and inventor. His idea of a three-way design was considered radical. There were other implications that made this design undesirable for that time in history.

Peter Henderson: This Sydney engineer submitted one of the earliest known drawings of the bridge connecting Sydney with north and south. It was a simple, straight across type of design.

David B. Steinman & Holton D. Robinson: Both are American architects; they submitted a design that mixed elements of cantilever and suspension engineering. The panel of judges did not like the design; they said it ”would not have a pleasing outline.”

McClintic Marshall Products Company: This company in 1924 proposed a design that incorporated elements of a cantilever bridge, suspension bridge, and the arch bridge, but the judges said that it “wouldn’t harmonize with its surroundings.”

The purpose of a bridge is simple; it connects an island to the mainland. The bridge is able to bypass the greatest obstacle between that island and the mainland, which is a body of water. It does this by simply taking up residency as the upstairs; but for us mere mortals, it must be perfectly designed.