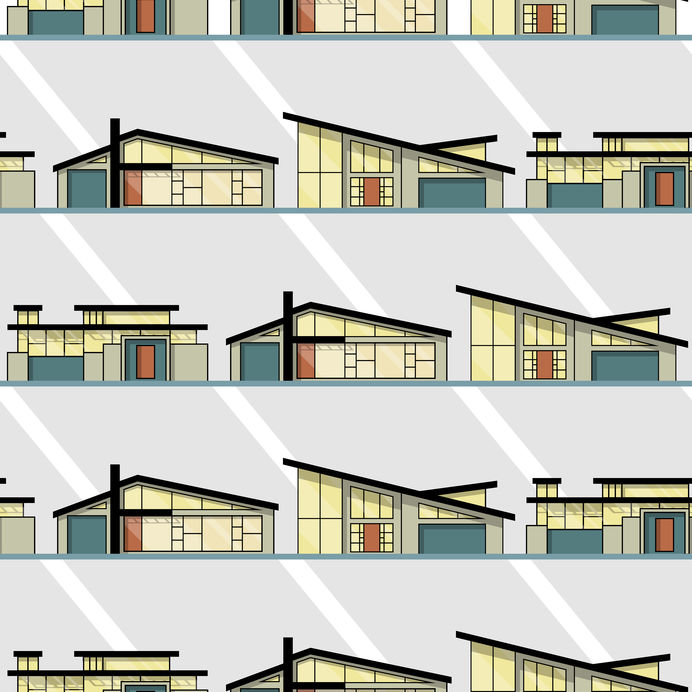 It was as though both Arthur Fehr and Charles Granger were sent here in 1946 from the future on a time travel mission to make their impact on the industry of architecture and design! Although they were two separate men walking their path of education and experience in the same industry, it wasn’t until 1946 when they became partners and established Fehr & Granger (F&G) in Austin, Texas that they experienced great success.

Their designs would captivate many and move the industry into the era of mid-century modernism. Post-World War ll was a time for new economic growth and opportunities, which helped pave the way for modern (or more commonly known as modernist architecture). Modernist architecture followed the belief that “form should follow function.” This style of architecture also gave birth to new innovative construction and use of glass, steel, and reinforced concrete as building materials of choice.

Fehr & Granger labeled themselves as Austin modernists, and rightfully so as they were instrumental in designing some of the most important buildings in and around Austin, staying with their progressive, modernist style. Some of their most notable accomplishments in both residential and commercial architecture include:

Charles Granger died in a car accident in 1966, so Arthur Fehr held down the fort at F&G until his death in 1969.

Charles also built the Granger House and The Perch, a pair of historic homes in Austin, in 1951. Both homes were both recorded on the National Register of Historic Places. Not bad for a modernist.