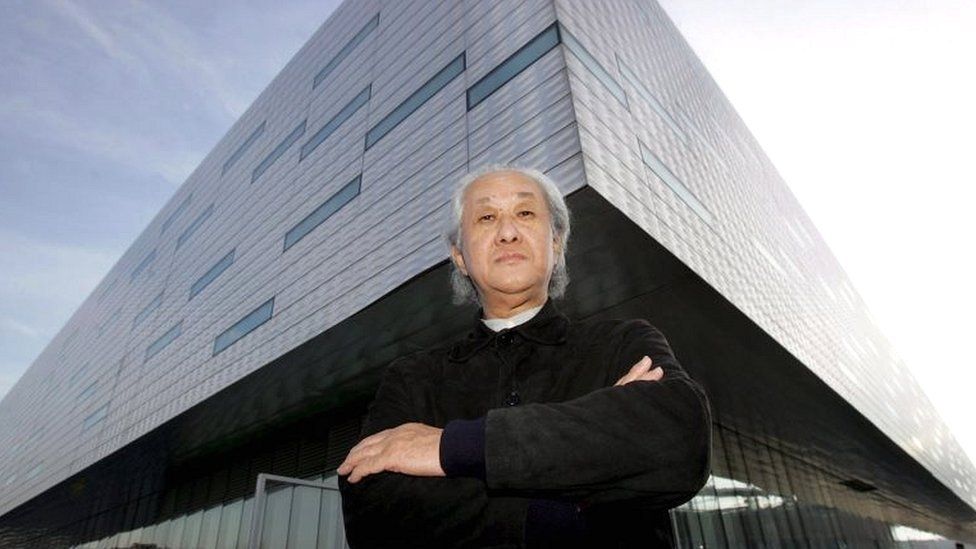 “I wanted to see the world through my own eyes, so I traveled around the globe at least ten times before I turned 30. Through this, I kept questioning, ‘What is architecture?’”

The 2019 Pritzker Prize has been awarded to Japanese architect Arata Isozaki. The Pritzker jury noted in their award that in over six decades of work, he has taken inspiration in shaping the physical from the intangible and promoted dialogue between Eastern and Western cultures, not through mimicry or a collage, but through forging new paths.

Arata Isozaki was born in 1931 in Kyushu, Japan, just across the waters from Hiroshima. At the age of 12, he saw his homeland burned down by the A-bomb attack on Hiroshima. It was a complete ruined wasteland. His city was left devoid of structures, architecture or cultural elements. This devastating event left young Isozaki considering how to rebuild cities from ground zero. This created a preoccupation with newly imagined concepts of urbanism that thread through his work today. He went on to study architecture at the University of Tokyo, graduating in 1954 and apprenticed under Kenzo Tange, the 1987 Pritzker award winner. Isozaki traveled the world extensively before the age of 30, getting a better understanding of people and their cultures, all the while wondering what is architecture.

Isozaki founded the firm Arata Isozaki & Associates in 1963 after the Allied Occupation of Japan ended, and was at the forefront of his country’s rebuilding effort. His work expanded to a global scale in 1980 and demonstrated an artful commingling of Japanese, European and American design elements through his work. His first commision (1981-1986) was the Museum of Contemporary Art, in Los Angeles. It was considered a controversial design for a postmodern building, rendered in red Indian sandstone. Isozaki was one of the first Japanese architects to build outside of Japan during a time when typically, Western culture was influencing the East. His work is truly international and influenced by his sense of global citizenry.

From the ADG Job Site

Having fun with full scale shop drawings in the rain. Architectural by Courtney Shatuck, interiors by Trip H.